Another Sunday, another weekly wrap up. 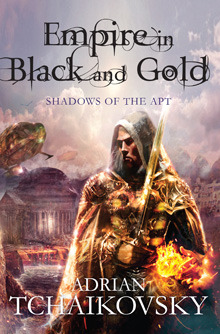 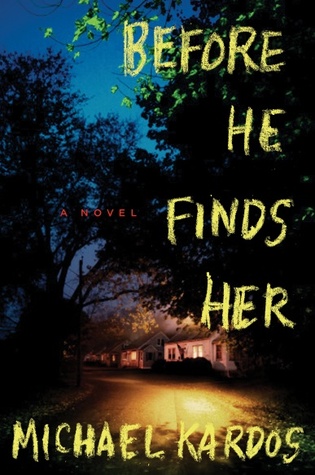 Empire in Black and Gold (Shadows of the Apt #1) by Adrian Tchaikovsky – ★★★ ½ // I had this book on my shelf since August I believe and finally decided to pick it up. I was pleasantly surprised by this fantasy book! I already wrote a review on it, which went up yesterday, and you can find it here if you wish to.

Before He Finds Her by Michael Kardos – ★★★ ½ //  Again, pleasantly surprised by this mystery novel! I got this one for review a while back and I’m so glad I finally got to it. I’ve also already written and posted a review on it, which you can find here.

I’m so glad I have two books to report on today! I’ve been in such a slump for two months, and in the past few weeks I often hadn’t read a single book. Sometimes 1. But now I have 2! And I’ve been writing reviews this week, commenting more on blogs of all you wonderful people and reading more posts. I think I’m getting my mojo back people! It also helps that I’m finished with my research proposal for my thesis, which takes a lot of time and pressure away.

I’ve been in a really nostalgic mood lately. I think it’s because the semester is coming to an end (3 more weeks to go!), it’s almost time for the holidays (which aren’t really holidays for me but WHATEVER) and because I’ve been home with my parents for the entire week. More explanation on that later. My point: I’ve been feeling nostalgic.

And so I decided to re-watch the Harry Potter movies! On Friday, I watched the first one. Today (which is Saturday as I’m writing this) I’m planning on watching the Chamber of Secrets. And maybe on Sunday, I’ll go for The Prisoner of Azkaban if I have time. YES.

This week has been both eventful and uneventful. Let me explain. As some of you may know from my previous wrap, the threat alert in the city of Brussels had been raised to the highest possible. All the shops, markets, bars and schools were closed. As my university is in the center of the city, I didn’t have class either on Monday and Tuesday. The school officially opened again on Wednesday, but I never have class on Wednesday and Thursday so I didn’t have to go either. Basically, I haven’t been to class all week. So it was quite uneventful.

But I spent a lot of time at home working on some deadlines, studying for some courses, reading, and writing for my blog. So in that way, it was an eventful week!

The threat alert has now decreased to a 3/4 and shops are opening again. The Christmas market started this weekend, so I’ll definitely be visiting this week (as I live kind of in the middle of it).

For those of you who want a little explanation on the holidays that aren’t really holidays for me (which I’m guessing is no one, but I’ll tell you anyway): in Belgium, universities have the exams for the first semester throughout the entire month of January. As you have to study an entire semester’s worth of content, for about 9 courses, it’s a lot to learn. The exams start in the beginning of January, which means that every student basically has to study during Christmas. YAY holiday spirit…

I hope you all have a great week!