While I didn’t read as much in March as I did in January and February, I still had a pretty good reading month – aside from that one book, but we’ll talk about it later. As always, I’m sharing the books I managed to finish this month, and what I thought about them.

Fullmetal Alchemist Vol. 1 by Hiromu Arakawa – ★★★★.₅ – loved it
As you may know, I’ve been trying to read more graphic novels and manga in the past few months because I truly feel like I’m missing out on some great stories. Last year, I bought a secondhand copy of the first Fullmetal Alchemist volume. I figured it would be a great place to start, because it’s so famous. I absolutely loved it. Actually, I immediately bought volumes 2-7 on better world books… I want to continue the manga first before checking out the anime, because I want to story to surprise me in book-format – if that made sense.

Alchemy: the mystical power to alter the natural world; something between magic, art and science. When two brothers, Edward and Alphonse Elric, dabbled in this power to grant their dearest wish, one of them lost an arm and a leg…and the other became nothing but a soul locked into a body of living steel. Now Edward is an agent of the government, a slave of the military-alchemical complex, using his unique powers to obey orders…even to kill.

Nothing to Envy by Barbara Demick – ★★★★.₅ – loved it
I always feel weird rating nonfiction books. Does anyone else have that issue? Anyway, this is another book I picked up used, and it seemed like an intriguing read. The author, Barbara Demick, is a journalist who made news reports on North Korea for years. For this book, she interviewed 6 North Korean citizens (defectors) and follows their lives over a period of 15 years. This was published in 2009, so before Kim Jong-un became the Supreme Leader. She followed people from the same city, so she could get a clearer view on their lives from a number of different perspectives. It’s such an interesting read! Especially because she addresses that a lot of today’s defectors would return to North Korea if the government fell. They’d want to go back and help their fellow country men assimilate and get back on their feet.

In this landmark addition to the literature of totalitarianism, award-winning journalist Barbara Demick follows the lives of six North Korean citizens over fifteen years–a chaotic period that saw the death of Kim Il-sung, the rise to power of his son Kim Jong-il (the father of Kim Jong-un), and a devastating famine that killed one-fifth of the population. 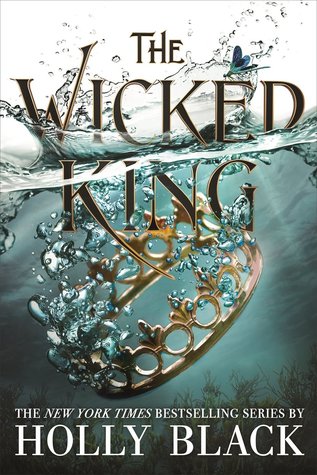 The Wicked King (Folk of the Air #2) by Holly Black – ★★★★.₅ – loved it
I’ve recently revised my rating of The Cruel Prince. I originally rated it 3.5 stars but rounded it up to 4 on Goodreads. Looking back on it, that was a tad too generous. I had quite some issues with the pacing of the first book, because nothing really happened for the first 80%. I had no such issues with The Wicked King. I love political stories, strategy, and power struggles. This book was right up my alley, and I loved it so much. I can’t wait to read the third book! I’m glad I decided to give the sequel a try, even though I didn’t love the first one.

Josh and Hazel’s Guide to Not Dating by Christina Lauren – ★★★.₅ or ★★★★
Yes, I’m using an ‘or’ in my rating. I feel so conflicted right now, I don’t know how I feel about this book. For the first 75% of this novel, I was sure it would end up being a 5-star read. I simply loved it! It was adorable, funny, and sweet – and I do love me a soft boy. I was afraid at first that Hazel would become that quirky girl who is just so special, but it really didn’t feel like that. She just seemed genuine and 100% herself the entire time. But the last 25% of this book RUINED it for me. What was that? Why did you have to add one of my most hated tropes? It was NOT necessary at all.

Hazel Camille Bradford knows she’s a lot to take—and frankly, most men aren’t up to the challenge. Their loss. Josh Im has known Hazel since college, where her zany playfulness proved completely incompatible with his mellow restraint. But now, ten years later, after a cheating girlfriend has turned his life upside down, going out with Hazel is a breath of fresh air. Not that Josh and Hazel date. At least, not each other. Because setting each other up on progressively terrible double blind dates means there’s nothing between them…right?

Call Me By Your Name by André Aciman – ★★ – really didn’t like it
Listen, I only made it through this book because a) Armie Hammer narrates the audiobook and his voice is fantastic, b) I shared the worst moments with some of my lovely friends so I didn’t have to suffer alone, and c) I felt challenged by this book and didn’t want to let it win by DNFing it. I watched this movie in 2017 and absolutely adored it. I HATED THIS BOOK. IT’S THE FUCKING WORST THING I HAVE READ IN A WHILE. I honestly felt violated while reading this. My brain needed to be submerged in bleach to erase the stain of it on my soul. Here’s my review of this novel, so your brain can feel like it need disinfecting too.

Call Me by Your Name is the story of a sudden and powerful romance that blossoms between an adolescent boy and a summer guest at his parents’ cliff-side mansion on the Italian Riviera. Unprepared for the consequences of their attraction, at first each feigns indifference. But during the restless summer weeks that follow, unrelenting buried currents of obsession and fear, fascination and desire, intensify their passion as they test the charged ground between them.

I Hear the Sunspot Volume 1 by Yuki Fumino – ★★★★★ – a new favorite
I needed to cleanse my soul after finishing the book we shall never mention again, and I Hear the Sunspot seemed like the perfect manga to do so. I read this on MangaRock, which is an app where fans translate manga from the original Japanese. A lot of manga never get translated, so that’s nice. I did find out after finishing this that the first three volumes were recently translated into English and I’ve already bought them all. This was the most wholesome thing I’ve read in a while. It’s the cutest thing. I will scream about this manga forever, until everyone has read it. (Yes, I’m serious. I really will.) Here’s my review of the first three volumes! I manage to explain why I love it in more detail, and don’t give away any spoilers – don’t worry.

Because of a hearing disability, Kohei is often misunderstood and has trouble integrating into life on campus, so he learns to keep his distance. That is until he meets the outspoken and cheerful Taichi. He tells Kohei that his hearing loss is not his fault. Taichi’s words cut through Kohei’s usual defense mechanisms and open his heart. More than friends, less than lovers, their relationship changes Kohei forever. 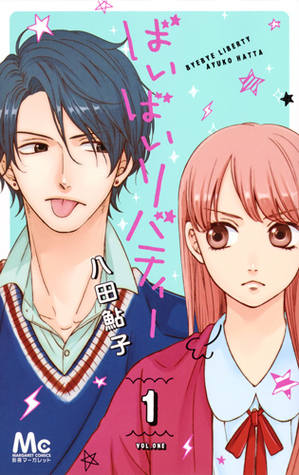 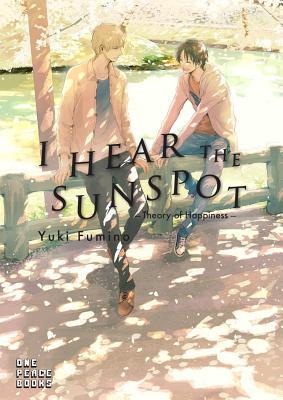 Bye Bye Liberty Volume 1 by Ayuko Hatta – ★★★.₅ – liked it
Bye Bye Liberty was another random MangaRock pick that I ended up liking. It’s a fun manga that follows a girl who has never had a crush nor been in love, and an immensely popular boy. It’s cute and funny, but it’s nothing I haven’t seen before. I also didn’t like how she went from ‘never have had a crush’ to ‘I might be in love with this person’ so soon. This could have been a chance to write about a demiromantic character, and it feels like a missed opportunity somewhat. I’ll probably continue the manga some day, but I’m not in a rush.

I Hear the Sunspot: Theory of Happiness by Yuki Fumino – ★★★★★ – a new favorite
I was in a rush to continue this manga, though, and ended up reading it immediately after my purchased volumes came in the mail. I devoured this series, and am so in love with it. Like I mentioned earlier, I’ve written a review on the first three volumes that are published in English, which you can find here.

I Hear the Sunspot: Limit 1 by Yuki Fumino – ★★★★.₅ – loved it
I didn’t love this as much as the previous two volumes mainly because I think it’s too short. The Japanese chapters that have been published in ‘Limit’ are far more than the ones in here, which is why I assume it’s called Limit 1. I don’t see why they were split up though. I continued reading the rest of the Limit volumes on MangaRock, and can I just say that a) I’m truly in love with this manga, and b) WHAT IS THAT ENDING? YOU CAN’T DO THAT TO ME.

That’s everything I managed to read in March! I barely read anything in the last two weeks of the month, but I think I had a pretty good month nonetheless. Have you read any of these books? What did you think of them? What did you read in the past month? I’d highly recommend reading I Hear the Sunspot – and avoiding CMBYN.

2 thoughts on “March wrap up | everything I read last month”